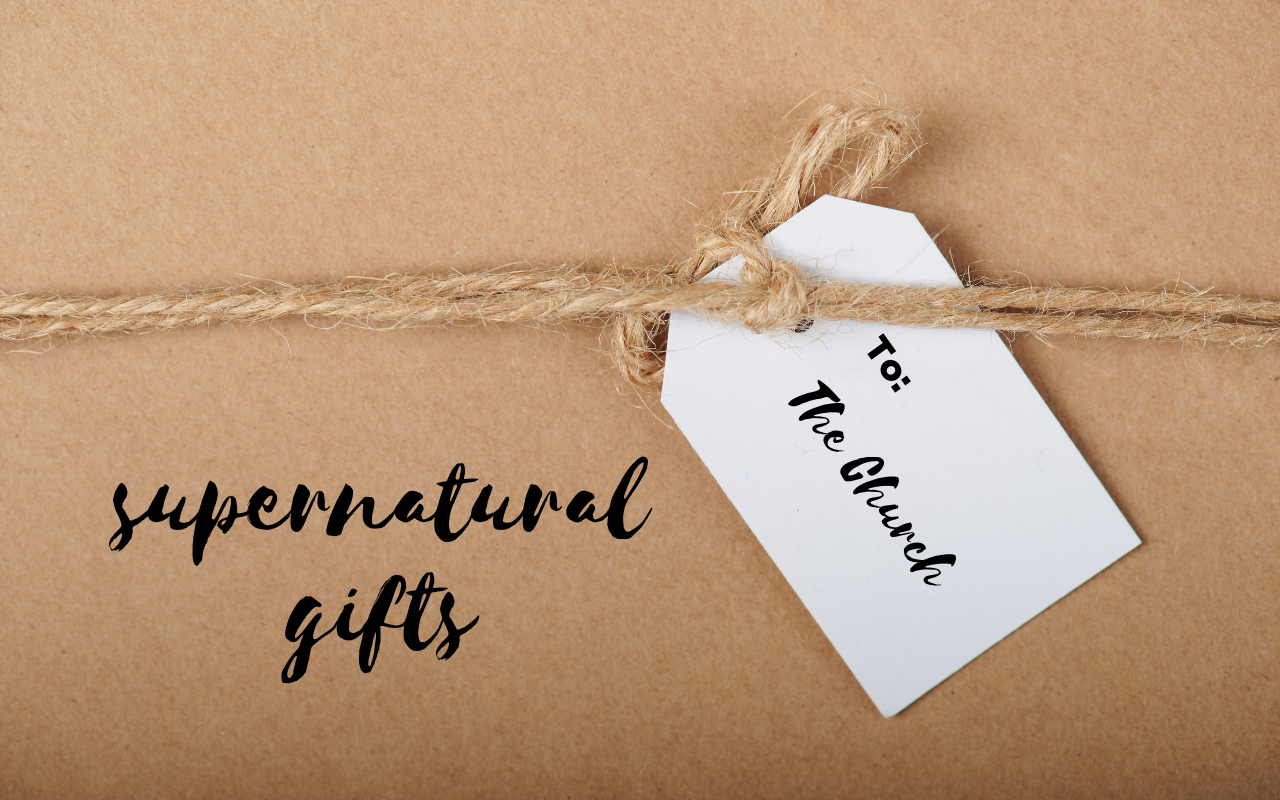 Last week we thought together about the gift of revelation – God revealing His heart and mind to us, and we focussed on the first 2 of these, wisdom & knowledge.

A word or message of knowledge may be described as a supernatural revelation of information, not otherwise known or learned through the natural mind. The word or message of wisdom is that supernatural ability to apply knowledge in a given situation. I’m praying that day by day we will live in expectation, eagerly desiring these spiritual gifts to help us as we encourage one another and witness for Him.

This week are going to concentrate on the third gift of revelation – Discerning of Spirits or distinguishing between Spirits.

Now what does this mean? The Greek word in The Bible for this is ‘Diakrino’. The verb means to judge, to make a distinction or to distinguish – Diakrisis – the noun means distinguishing between good and bad.

In other words, Diakrisis is judging by seeing into and distinguishing the source of what is being said or done. This originally came from the word used in relation, that meant to separate or divide sheep, which is very apt.

Now some would say that this gift is really focussed on weighing prophecy as it is mentioned immediately before the spiritual gift of prophecy in 1 Corinthians 12. In one sense this is true, partly as it is about discerning what is being said and whether it from the Spirit of God or from a demonic spirit, which is why Paul addresses it in the context of that time when pagan practice was coming into the church. However, I believe, and there are many Biblical examples that there is also a broader reason why this gift is given, and that is for detecting evil spirits, which is something we will explore further, later in this blog.

Let us think first about Discernment. Of course, there is a natural ability to discern something and some have it more than others. This is more about perceptivity – when to do something and when not to, what is good and what is bad? However, I do believe that when a person becomes a Christian, their discernment begins to develop as they grow as a disciple. As they spend time in the Word of God and walk closely with Jesus, so discernment grows. This is Christian maturity, going from the milk of the Word to the meat of the Word – This grows their ability to discern. ‘But solid food is for the mature who by constant use have trained themselves to distinguish good from evil’, Hebrews 5 v 14.

Discernment can come in many forms;

As we cultivate a listening ear to the Holy Spirit and ask Him to fill every part of us, our mind and our senses, as well as our hearts and whole lives, so He will grow that discernment in us.

Secondly, let’s look at Spirits. Perhaps you are thinking, “I’ve heard of the Holy Spirit and I’ve read about the Ghosts of Christmas Past, Present & Future but what do you mean by spirits?”

As Christians we need to understand that there is both the seen or the real world; What we can see, touch, know, hear etc, but there is also the unseen world. We believe in a microscopic world – we believe in coronavirus, even though we can’t see the germ, because we can see the effect and so we accept it just as much as we accept that there are chairs in this room because our eyes can see them and our bottoms can sit on them!

We need to have that same absolute awareness that there is also an unseen spiritual world. We believe in God who is a Spirit, and the angels, and we also have some idea of Heaven. However, it is not just the ‘nice side’ of the unseen world we should know about, but the evil side of this unseen world which we need understanding of too!

Lucifer, the angel with considerable status who led worship in Heaven became full of pride and thought himself better than God. God threw him and a third of the angels that supported him, out of Heaven. Jesus tells us in Luke 10 v 18, ‘I saw satan fall like lightning from Heaven.’ Since then, satan (which means ‘enemy or against’) has been opposed to God’s Kingdom on the earth and used every scheme to lie and deceive and destroy mankind’s belief in a God of love!

The Apostle John tells us in 1 John 3 v 8 that ‘the reason the Son of God appeared was to destroy the works of the devil.’ When Christ died and was raised back to life that is exactly what He did – the power was broken and freedom was offered to everyone who would come to Him in faith. However, the devil still has limited power until Jesus comes again and so we are in a spiritual battle for the Kingdom of God. The difference is, we now have everything we need to fight in this battle. The weapons, the armour, the Word of God and the power of the Holy Spirit.

The problem is, too many Christians are fighting the wrong battle – Paul tells us in Ephesians 6 v 12, ‘our battle is not against flesh & blood but against the rulers, the authorities, the powers of this dark world and against the spiritual forces of evil in the heavenly realms’ – the Kingdom of darkness! Evil spirits!

When Christians went to fight in the crusades they were fighting the wrong battle, it was focussed on killing Moslems rather than the powers of darkness that had deceived them, but before we judge them, when we fight over doctrine, eg. what we believe about Biblical things or the way we go about things in church life, or when someone offends us and we get angry and unforgiving, or we condemn people for their lifestyle and persecute people for their beliefs, or enter into a nasty drawn out battle with a neighbour over a boundary – we are doing just the same – our battle isn’t against flesh and blood!

Can I encourage you to get your eyes off of what is seen and immediately in front of you and begin to discern what is happening – what is the bigger thing that’s going on here? Be aware of the devil’s schemes. Pray into it! If he can divide, separate, isolate, disturb, spoil and destroy through lies and deception, then he will. Maybe our focus needs to be on spiritual warfare not on getting one over on another person in the church?

Is there an issue in your life right now where maybe you are fighting flesh & blood instead of the rulers, powers and principalities – the evil spirits, that may have an interest in the situation you are facing?

So why do we need discernment in the Body of Christ today?  It brings freedom, helps to set people free, protects the integrity of what God is doing, aids in decision making and uncovers pride and motivation. Not everything that is ‘spiritual’ is from the Holy Spirit – when we get that discernment we should always pray first and see what God is saying.

We’ve now looked at discernment and we’ve looked at spirits – so what is this supernatural gift that Paul talks about?

As I said earlier there is a link to discerning the source of a given prophecy or other gift. Paul addressed this with the Corinthian church who were abusing these gifts and allowing people who had no experience of salvation to come in and manifest in these counterfeit ways.

Discernment of spirits is the God given ability to be able to recognise the source of spirits whether they are a) from the flesh – man getting carried away or b) of God, the Holy Spirit or angelic beings or c) whether they are satanic or demonic spirits which are behind various manifestations or activities.

Jesus in His earthly ministry often moved in this kind of discernment.

People who had been afflicted with sickness and ill health –  Jesus discerned the source of that sickness. Jesus also told Peter in Matthew 16 v 21 that He would have to suffer and die. When Peter responded saying ‘No way this shall never happen to you’, Jesus replied, ‘get behind me satan’ and identified this as a stumbling block and ‘things of men not things of God’.

In Acts 8 v 20-23, Simon offered Paul money to give ‘me this ability so I can lay hands on people for them to receive Holy Spirit’ but Paul responded ‘you have no part or share in this ministry your heart is not right before God!’

Acts 16 v 16-18 tells the story of Paul casting out the wrong spirit. ‘One day as we were going down to the place of prayer, we met a slave girl who had a spirit that enabled her to tell the future. She earned a lot of money for her masters by telling fortunes. She followed Paul and the rest of us, shouting, “These men are servants of the Most High God, and they have come to tell you how to be saved.” This went on day after day until Paul got so exasperated that he turned and said to the demon within her, “I command you in the name of Jesus Christ to come out of her.” And instantly it left her.’

We need this insight and discernment – ask God for this gift! If you get a sense of knowing something, like a gut instinct, it may well be from God, especially if you sense pride, perversion, the occult or evil. This could be a warning from God to be on guard, but don’t freak out there’s a higher purpose! God has revealed this because He always has a plan for redemption and freedom as a result of giving the gift.

In summary, we need to be aware of the unseen world and the kingdom of darkness, but let’s make sure that we don’t overemphasise it! The battle has already been won! Jesus is Lord! Don’t start seeing demons everywhere. Just because someone may disagree with you after this meeting, it does not mean they are possessed! Let’s keep this in perspective and think on things that are lovely, good, pure, noble and higher  – think on these things!

This is part 7 in our Supernatural Gifts Wednesday night series. Pastor Tim teaches about the gift of prophecy....

This is part 6 in our Supernatural Gifts Wednesday night series. Pastor Tim teaches about the gift of tongues and...

This is part 5 in our Supernatural Gifts Wednesday night series. Pastor Tim teaches about the gift of healing.